Greatest cult movies, fantastic stories and funny comedies: here is the selection of the best movies to watch during the Christmas holidays. Don’t worry about choosing what to watch, just read our suggestions.

The holiday spirit is finally here with Christmas around the corner and its fresh scent of pine, baked cookies, cold breeze, and fairy lights. We are sure you will be chilling at home most of the time and after many hours searching up on Netflix what to watch, you might think “there’s nothing to watch anyway…” But hold up! Chill Remedy is coming to you with a selection of the best Christmas movies to watch while relaxing and enjoying a few fun CBD products you can shop on our website. Are you ready to make your eyes twinkle and your body unwind for a few hours? Then, jump on Santa’s (or shall we say Chill Remedy’s?) sleigh and let us lead the way!

If you are feeling like watching a light, funny and relaxing family friendly movie, than Elf (2003) is definitely for you! Follow the adventures of Buddy, an orphan from New York, who as a baby crawled into Santa’s bag, while on a visit at the adoption center on Christmas Eve. He is mistakenly taken all the way to the North Pole and raised as an elf upon arrival. For 30 years, he helps Santa in his workshop and befriends the entire elf community. Unfortunately, Buddy can’t dismiss his human form as he grows 3 size bigger and does not fit in Santa’s workshop anymore. It is at this point that Buddy decides to go find his birth parents in New York and start a new life. Once in the Big Apple, Buddy discovers who his real father is, a certain Walter Hobbs. Buddy’s father does not believe one word that his says and this is how the crazy adventures of Buddy start. Follow this very special elf from the North Pole to New York, while he discovers what family means and what the Christmas spirit is all about…

Have you heard of a comedy stoner film? Well, we are delivering you one today and it’s The NightBefore (2015), a movie that you will love while being high or if you seek a good few hours of laughter (we warned you, you will have a blast!). The Night Before starring Joseph Gordon-Levitt, Seth Rogen and Anthony Macki, is the story of three best friends and their crazy Christmas Eve. The movie starts on a sad note with the death of Ethan’s father, in December. As a sign of friendship, two of his best friends, Isaac and Chris, decide to spend Christmas with him every single year. As time passes, their career, relationships and overall lives change. Despite this, they all try to keep their tradition going until one day, Isaac receives various illegal drugs from his wife, a very important turning point in the plot. As per tradition, the three friends decide to go out and celebrate Christmas Eve together. Thanks to the newly received drugs and marijuana purchased by one of them as well, their Christmas is about to get wild! Discover how this complex yet solid friendship develops throughout the movie, as the three friends get completely high and take over the city. This is the ideal Christmas movie for the ones in search for a little extra fun in their lives, and who knows… Perhaps you will be inspired to have an out of the ordinary Christmas Eve as well!

Now if you are a fan of marijuana, you will absolutely love this movie! Not a Christmas-related movie, but a must-see and hilarious one for sure. Harold and Kumar go to White Castle (2004) follows two best friends, Harold and Kumar, and their out of the ordinary adventures after using marijuana.At the beginning of the movie, they both find themselves wasting their lives and miserable with their situation. Because of this nonsense in their lives, both decide to meet up and smoke marijuana together. While they enjoy their chill time, they see an advertisement for a famous Burger place called “White Castle”, they decide to go there right away. Their trip to this White Castle Burger place is all the drama of the movie, they get attacked by a raccoon, smoke with a cheetah and end up at White Castle where they can’t even get anything as they have no money left (until a miracle happens but watch the movie to know more!). We can certainly say this is among the most insane and funny marijuana-related movie. Take it with a grain of salt and perhaps do not recreate what they do in the movie, enjoy it fully while relaxing at home! But in the end will they be able to get to White Castle and above all to satiate their hunger? Watch the film to find out if they managed to accomplish the absurd deed and thus satisfy their craving for burgers.

Girls, here is your turn, we found the movie that you will enjoy during your next girl’s night in: A Bad Mom’s Christmas(2017)Starring Mila Kunis, Kristen Bell, and Kathryn Hahn, this movie is all about the struggles of being a mom during Christmas time and learning how to let go. Warning: you will probably laugh a lot and feel the Christmas cheer instantly. Terrible news arrives at the household of Amy, Kiki and Carla: their moms are coming to spend Christmas with them! Here it goes with the pressure of moms on their daughters and the suffocating atmosphere around the house. To calm the situation and let go from their usual duties, the three friends decide to attend a Sexy Santa show, in which Carla’s new love interest is performing. The night ends with the three friends telling each other how hard having their moms around is and the promise to support each other no matter what. Despite the tough mother-daughter relationships, Christmas manages to bring everyone closer than ever and erase the negative vibes. The movie ends sweetly, showing that no matter what can happen and how strict moms can be, the love between a mother and daughter is endless. A movie to watch again and again for a chill evening and a hint of laughter.

THE NIGHTMARE BEFORE CHRISTMAS

Are you feeling like a musical dark fantasy movie? Perhaps, one by the talented Tim Burton? We suggest watching comfortably in your couch The Nightmare Before Christmas (1993). A movie that you cannot do wrong with, one that will spark your interest and imagination. It will make you travel to the world of dreams, that’s for sure.. Take a trip to Halloween Town, a fantasy world where Jack Skellington, known as the Pumpkin King by the citizens, resides. One day, Jack discovers in the forest doors leading to an unfamiliar town; Christmas Town. Inspired by what he briefly saw in Christmas Town, Jack decides to install the celebration in Halloween Town and take over Christmas that year. Santa is therefore told not to work that year and Jack asks a treat-or-treating trio to keep Santa safe. Unfortunately, the trip brings Santa to Jack’s worse enemy: Oogie Boogi. Jack takes over Christmas and decides to go into the real world and deliver the presents instead of Santa. But, sadly, the population is absolutely terrified by Jack (keep in mind he has a skeleton face and literally comes from Halloween Town!). Jack quickly realizes he must concentrate on his true celebration, which is Halloween and let Santa handle Christmas. Jack manages to get Santa out of Oogie Boogie’s hands, which enables Santa to take over the Christmas duties. Thankfully, Jack learns his lesson and all about the Christmas cheer. Christmas is saved! Enjoy this touching movie that portrays wonderfully well the talents of Tim Burton.

We end this article on a light note with How the Grinch Stole Christmas (2000) or its recent fully animated version of 2018 based on Dr. Seuss’ beloved holiday classic. An iconic movie that will make the little ones like the older ones laugh and smile. Not only is this movie so well done and Christmassy but it teaches a lesson of love, positive vibes and care for the other. We are in Whooville where the Whoos (citizens of Whooville) are cheerfully preparing for Christmas. However, the Grinch, a selfish and cold creature that lives up in the mountain, is not taking part in any of the fun. He hates the holiday. Cindy Lou-Whoo, a 6 year-old discovers one day, after encountering the Grinch at the post office that he has a terrible hidden past of being bullied and left aside. Therefore, she nominates the Grinch as the new “Holiday Cheermeister, which starts well for him but ends drastically badly. The Grinch is enraged by how materialist Christmas is and this is when everything starts going downhill. He proceeds to stealing gifts, decorations and even food. His mission is to destroy Christmas. However, the movie ends on a very delicate and positive note, as the Grinch will realize thanks to Cindy, that Christmas is more than material. At the end of the day, what matters is to be surrounded by family and friends. We recommend this movie to unwind after a long week and to reconnect with the true meaning of Christmas, sometimes overshadowed by material wants.

We are hopeful this selection will spark your interest and keep the Christmas cheer around for as long as possible. After all, this holiday only happens once a year, we might as well cherish it! Gather with friends and family to watch our top movies for the holidays and take some time to chill! 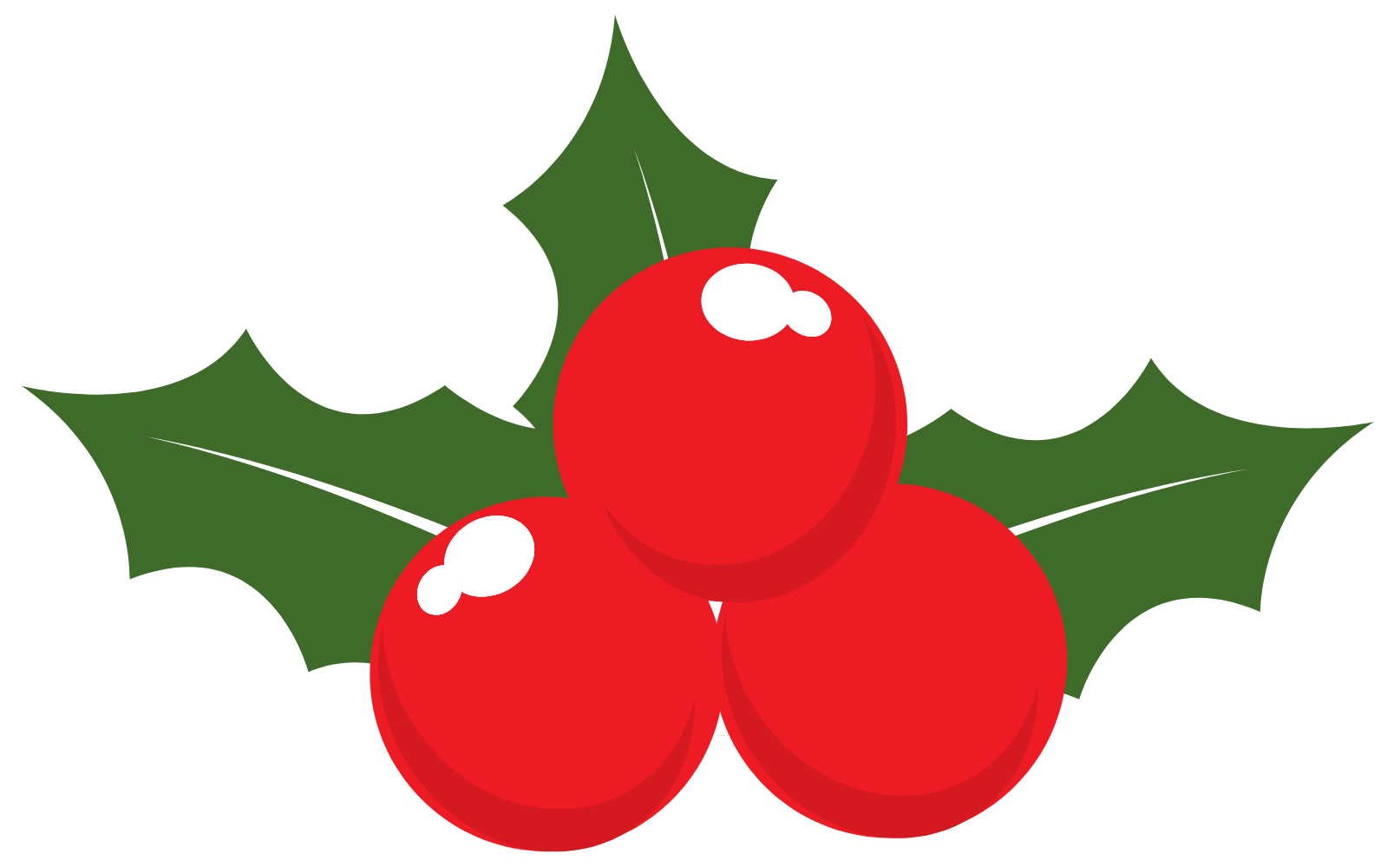